Disposable plastics are not allowed! Shopping plastic bags cannot be used at station shops, and railway employees should wear eco badges. Electronic cigarettes are also illegal. Do you know which country has decided such a policy that anticipates global trends? It is India where the image of a developing country where begging and undernourished children overflow on the streets cannot be missed.
India is an advanced IT human resource country that has produced the top of Google, Microsoft and Yahoo. Taking advantage of the leading edge of information and communications, the first satellite explorer in Asia to put in the orbit of Mars. And the country is collecting big data of 1.3 billion people with the “Indian My Number” that introduced biometric authentication. On the other hand, the shock therapy that prohibits the use of high-priced banknotes (5000 yen bills and 10,000 yen bills in Japan) was announced, and it was announced that it was achieved the other day. Even for the purpose of eradicating corruption and resolving the notorious Indian hygiene problem, the policy of “Indians is surprised” one after another.
Narendra Modi was born in a poor house in Gujarat, northwestern India. The politician helped sell Chai (Indian milk tea) at a train station at an early age. In May 2019, he won the general election and was re-elected as prime minister and assumed the long-term government of 10 years. After the independence, the long-standing national politics of “politics for the poor” is over, and the era of strong leaders has finally arrived in India, which has lost its instability. India, led by Modi, is full of young labor, unlike China, which is aging due to a one-child policy. If this momentum is sustained, it will be the world’s largest population in 10 years, and the economy will be the third largest power, surpassing Japan and Germany, as well as the United States and China.

-Leaders from each country sending love calls to India-

Developed countries struggling with a sense of blockage are approaching India as quickly as possible. In August 2019, the seven major summits (G7 Summit) held in Biarritz, southwestern France, were defeated by President Trump who advocated “US First” and ended without a proper summit declaration. It was. The main role behind this summit is Prime Minister Modi invited as a special guest. Participated in subcommittees such as “Biodiversity, Climate, and Ocean”, and actively promoted summit diplomacy.
France’s President Macron, who sells his home-made fighter Rafal, is tentacles in Russia’s huge army market, which is a Russian-made one, and is planning to export the largest nuclear power plant in the world. India is a promising customer for France, a nuclear power. The same is true for the UK swaying in Brexit. In order to move away from the EU, it is necessary to expand the new economic zone by taking advantage of the British Empire heritage. India’s cooperation is indispensable for that. India’s economy has already surpassed Italy and Canada, and is now on par with the former British power.
Russia is accelerating its approach to India. Russia, which worsened its relations with Europe and the United States through the consolidation of the Crimea, has strengthened its relations with Asia by opening the “Eastern Economic Forum” in Vladivostok. 2018 of the forum leads to Xi Jinping Jintao of China to the guest of honor, this year (2019) was a Modi prime minister. Russia, which wants to export oil and natural gas to the world, is calling for investment in India, which it once supported.

-What to do in the US, China, and Japan-

On the other hand, the United States has come to be far from India. During the Obama administration, they strengthened their cooperation by sharing countries with similar values ??such as democracy and the rule of law. However, as the trade deficit with India expands, pressure is increasing to open the closed Indian market. President Trump has excluded India from the target countries of the GSP (General Preferential Tariff System), a special preferential tariff for developing countries. That’s how India has gained power.
And India is also worrisome for China, which is advancing “One Belt One Road”. While having a territorial issue for many years now, it has become a relationship that can be managed in a new economic zone called the Indo-Pacific, while India created the BRICS Bank together and participated in the AIIB / Asia Infrastructure Investment Bank called China first. is doing.
Prime Minister Modi originally came to Japan from India, a pro-Japanese country, and Prime Minister Abe will officially visit India in 2019. In recent years, the Emperor’s first visit to India, export of the Shinkansen, the conclusion of a nuclear cooperation agreement, and the AI ??cooperation agreement have greatly advanced. Whether it can further deepen cooperation from now on is a matter of life and death for Japan.
Of course, there are still many “Indian risks” such as the deprivation of the isue of Jammu and Kashmir. However, Prime Minister Modi attended the Davos meeting in 2018 as a presidency and appealed for the cooperation of countries in climate change measures. There was nothing since the former Prime Minister Nehru that the Indian leaders showed the world trends. The Climate Action Summit at the UN General Assembly in 2019 also urged that the reduction could be carried out as the US, China, and Japan were unable to make any further emission reduction decisions. The reversal of the idea and achievement of changing sunlight that causes severe heat in developing countries into a power source for power outage, highlights India’s presence as a next-generation powerhouse.
The world is now in the midst of the polar era, America and China. Who are the world’s champions that both countries are competing intensely on the stage of trade and information and communication?
It is because the time of watershed is greeted. If India continues to expand today, the world 10 years from now will change dramatically from the G7 era to the 3G era. Will the giant elephant of the Indian subcontinent that has been stepping on for a long time surrounded by the Himalayas and the Indian Ocean, be transformed into a giant elephant chasing the US and China and repainting the map of the world? The world’s attention has been focused on India’s standing position. 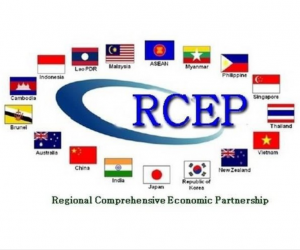