Japanese Prime Minister Shinzo Abe’s announcement of his resignation on August 28, was a surprise in the world as well as in Japan. He said that he would resign due to poor physical condition.On Twitter, Indian Prime Minister Modi said “Pained to hear about your ill health, my dear friend Abe Shinzo. In recent years, with your wise leadership and personal commitment, the India-Japan partnership has become deeper and stronger than ever before”.
It was Abe who allowed Modi’s entry into Japan when Gujarat Chief Minister Modi was not allowed to enter in the United States or Europe. During this time, in Japan,Prime Ministers were short-lived and replaced one after another. Shinzo Abe was the only long lived administration thus he could be a close friend with Indian PM.
After taking office as Prime Minister in 2014, PM Modi’s visit to major country was Kyoto, the ancient capital of Japan. This visit also marked the end of the 100-day reform program after taking office. He succeeded in obtaining an investment and loan of 3.5 trillion yen from Japan.
What is Prime Minister Abe’s legacy of Japan-India diplomacy? PM Abe, visited India four times. India and Japan had a “global partnership” in 2005, the two countries decided on an annual bilateral summit in which leaders visit each other every other year. In his first visit in 2007,
at the Indian Parliament he made speech “Confluence of the Two Seas” stressing the importance of Indo-Pacific. Without doubt most important legacy of Abe is that India has been incorporated into the framework of Japan, the United States and Australia. To counter the looming threat of growing China, 4 countries strengthened strategic ties.
In his second tenure as PM from 2012, India-Japan relation developed well. In the summit meeting with Indian Prime Minister Manmohan Singh,the focus was on nuclear cooperation agreements, which are the cornerstones of security and energy ties between two countries.It was a difficult issue for Japan’s foreign policy, which takes an anti-nuclear stance. Japan had imposed sanctions on nuclear tests at the Pokhran nuclear test site in India in 1998. On November 11, 2016, both sides signed a nuclear agreement with Prime Minister Modi in Tokyo.
For Japan, it was necessary to reduce the risk of Japan’s overseas investment to China.After anti-Japanese demonstration held in China from 2004 to May, security policy to address the rise of China became common top priority for Japan and the United States. Therefore India’s role increased very much.
Following Abe’s resignation announcement, Yoshihide Suga emerged as the leading contender to replace him. He gained the support of Deputy Prime Minister Taro Aso, LDP Secretary-General Toshihiro Nikai, the two largest factions in the LDP. Suga is a Japanese politician who served as Chief Cabinet Secretary and worked with Abe nearly 8 years.It is unlikely that Japan-India relations will change due to this replacement. 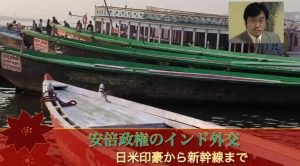 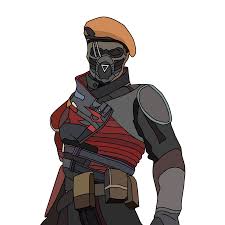