Speaking of India, curry and yoga. Is there anyone who still thinks that way? Strong in science and good at computers. That is no mistake. If that is the case, it will be an out-of-date view of India. This is because India has become an “super”important country that affects the fate of Japan.
I was assigned to India as NHK’s New Delhi bureau chief about 20 years ago. At that time, Narita just made a weekly direct flight to the capital, Delhi. The Japanese reporters at the resident press are unmarried or single leaving family in Japan. Hard living places. Ingredients were procured on a shopping holiday in Bangkok. Now there is now a huge shopping center in Gurgaon, a new city outside Delhi.
ANA will start direct flights to Chennai in South India in October this year, JAL announces direct flights to IT’s central city, Bengaluru, and the opening of Haneda flights to Delhi. India is likely to become closer.
In relation to politics, Japan-India relations have greatly advanced in recent years, with Emperor Heisei’s first visit to India, export of the Shinkansen, a nuclear cooperation agreement, and an AI cooperation agreement. It is said that Japan, a super-aged society, and India, which has a young workforce and growing consumers, are very compatible. According to a survey by JBIC,Japan Bank for International Cooperation, India is the top country for nine consecutive years that Japanese manufacturing industry considers as a promising overseas investment destination in the long term. A variety of industries, from stationery to housing, cosmetics to agricultural machinery, have entered the field, and Japanese companies are starting to produce raw eggs that were not available in India. The topic that recently became a hot topic is the reverse landing of curry in India. CoCo-ichi and Bon-Curry are showing momentum in the Indian market.
India’s own changes are also dramatic. The IT advanced countries that produced the top manager of Google, Microsoft, and Yahoo making the best use of their strengths. The first exploration satellite in Asia to put in the orbit of Mars, and the Indian-style My-Number that introduced biometric authentication was a big of 13 billion people Collecting data. On the other hand, suddenly implemented reforms with shock therapy that banned the use of high-value bills (5,000 yen and 10,000 yen bills in Japan). Declaring that 100 million toilets will be made, the other day announced that it has been achieved. Indians miracles are being implemented one after anotherTransition to alternative energy to the development of a data-and-net society, India is trying to find solutions in a unique way to solve various problems facing the world.
The world is now in the midst of the polar era of the United States and China, but if India continues its current expansion, it will be transformed a 3G (Giants) era in the United States, China and India in a decade. It is almost the same day that the population is the best in the world over China and the economy is the third largest in the world over Japan and Germany. Closed by the Himalayas and the Indian Ocean, a giant elephant of the Indian subcontinent that has been stepping on the same place for a long time is trying to repaint the map of the world with a loud footstep.
A new Japanese ambassador was assigned to India. Mr. Satoshi Suzuki, Director of the Foreign Policy Bureau, Ministry of Foreign Affairs. Parliamentarians also visited the send-off gathering one after another, and the words of encouragement were given to the man who was entrusted with the appointment of negotiations and coordination with India. Some of them blast with very strong words.
“Please use Ambassador Suzuki!”
It is only that great palace that can be said to “work hard” in front of the elite diplomate himself. Suzuki Motors Chairman Osamu Suzuki,just before the age of ninety. One out of every two cars on the Indian road became Suzuki car, but recently the automobile market in the decline in India has been affecting in sales. It may be that Suzuki want Suzuki to work without hesitation.
Can younger Suzuki meet the expectation from older Suzuki? The first job of the new ambassador is the visit of Prime Minister Abe. India and India have continued diplomacy in which both Prime Ministers visit each other’s countries alternately every year. Last year, Prime Minister Abe invited Prime Minister Modi to a villa at the foot of Mt. The Indian side will not accept Japanese prime ministers by curry and yoga alone. (End)（image Bungei-shunju) 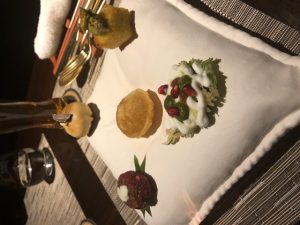