Presumptive US Democratic presidential nominee Joe Biden chose California Senator Kamala Harris as a running mate. His promise to pick a woman means the US will have a black woman on a major party ticket for the first time ever. She would bring diversity and tenacity to the campaign.
——Biden revealed back in March that he planned to choose a woman as his vice presidential candidate.
Harris, a daughter of Jamaican and Indian immigrants, identifies as Black. She brings more than simply racial diversity to the ticket.She basically had almost what Biden wanted in a vice presidential candidate. She has called for a lenient approach to illegal immigrants. She is known as a great debater and 20 years younger than Biden.
The 77-year-old Biden, if elected, will be the oldest president in US history, and there is speculation that he won’t seek re-election. The vice presidential candidate this time is more significant than usual. Harris could be a potential 2024 candidate for the Democratic Party.
——Harris is in her first term in the Senate but is already viewed as a hopeful of her party.
——Harris was a prosecutor and California attorney-general before becoming a senator known for confronting the Trump administration. She in known as smart, tough, and experienced. Her ability and message means more than traditional calculations of geographical influence. Overall effect that Harris will bring to the Biden campaign will send a message to the world that America is a diverse country.
——US is trying to build a multicultural community. Trump would attack Harris as a radical, but the tactic is unlikely to succeed. Trump team is going to try to portray her as being an extremist and a radical. She has veered to the left during the primaries but many centrists within the Democratic Party supported her during the primaries.
——In her first speech since being named as the running mate, she laid into the Trump administration for its handling of the coronavirus outbreak and called for America to do more to fight racism. Biden and Harris have less than 80 days to run a campaign.
——Harris’s mother is Shyamala G. Harris. A world-renowned scientist and breast cancer activist. On February 11, 2009, he died of cancer. Studies on isolation and characterization of progesterone receptor genes.Studies on hormone responsiveness of breast tissue. Her findings were credited with the role of progesterone and its cellular receptors in breast biology and cancer. Innovative in work, generous in commitment, faithful to the cause. A firm belief in the work of Breast Cancer Action.
——Shamala Gopalan Smith was born in Madras (now Chennai) on April 7, 1938. He graduated from Delhi University at the age of 19 and earned a Ph.D. in philosophy in nutrition and endocrinology at the University of California, Berkeley at the age of 25. She also served on the President’s Breast Cancer Special Committee. She married Donald Harris, a Jamaican professor of economics at Stanford University, who divorced when his daughter Kamala was seven years old.
——Breast cancer is the most common cancer among Indian women. In US common as well. In India the age-adjusted morbidity rate per 100,000 population is 25.8. Death rate (same) is 12.7. Some studies speculate that the number of deaths due to the failure to detect breast cancer early may reach 76,000 by 2020. India has the lowest survival rate for breast cancer patients. The 5-year survival rate for patients diagnosed with breast cancer in 2010-14 is only 66.1%.
——In Chennai, many vegetarians do not eat meat for religious reasons. The age-adjusted morbidity rate of breast cancer in this region as seen from the cancer registration data is about 20.8 per 100,000, which is about the same as Japan (Osaka 19.7). Although meat is considered as one of the causes of breast cancer, there may be other causes of breast cancer other than meat.
——South Indian is with many vegetarians. Vegan vegetarians are also said to reduce the risk of breast cancer. It is generally said that vegetarians have a lower risk of cancer than non-vegetarians. Dairy products and meat diets have a high risk of cancer. Vegan is free of chicken, eggs, milk, cheese and dairy products.
A nutritional specialty journal reported a clinical study showing that a vegan diet reduced the risk of breast cancer in a low-risk group of breast cancer from a group in the United States (Loma Linda University). Breast cancer ranks second in both morbidity and mortality among American women. Ingestion of red meat and processed meat is said to increase cancer risk. Breast cancer is the top killer among Indian women. Lung cancer in men. Institute of Health Index Evaluation (IHME), University of Washington. Vegetarians who are not eating meat are good, but vegetarian diets are not good for health if they are obese and lack of exercise due to oil and sugar intake and dairy products.
——The main symptom of breast cancer is a lump in the breast. Dimples and sores on the breast. The shapes of the left and right breasts are not symmetrical, and the secretions do not come out from the teat. The female hormone estrogen is deeply involved in the development of breast cancer. High levels of estrogen in the body, the use of oral contraceptives containing estrogen, and long-term postmenopausal hormone replacement therapy increase the risk of developing breast cancer. Lower age at menarche, older age at menopause, no birth history, older age at birth, and no breastfeeding are also associated with breast cancer.
——A mother’s family line that draws attention to Indian roots in ethnicity, gender, medicine, and diversity. 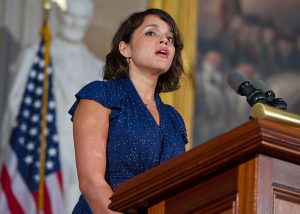 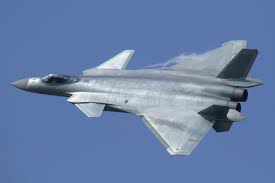