India, where Prime Minister Abe canceled his visit last year last year due to worsening security. The person who got in there was President Trump. February 24, 2020. Air Force One, the presidential plane, landed in Gujarat, western India, home to Prime Minister Modi. The world’s largest cricket stadium, which has just completed its expansion work, has been heated by 100,000 enthusiasm to welcome the president. India has many Trump fans for some reason.
“Namaste (Hello) Trump”. When Prime Minister Modi sings slowly at the stadium three times, the large crowd repeats “Namaste Trump” three times to match the command, and a big echo. The row with the president was also wrapped in a welcoming line of music and dances for people along the road in colorful folk costumes, creating a flashy welcoming mood.
That should be it. This is President Trump’s first visit to India. Since his inauguration four years ago, he has visited not only Japan, but also his main friendship nations. In Asia, he has visited the Philippines, Vietnam, China, and North Korea, but only India has remained. .
Because the relationship between the United States and India has worsened since Trump took office. Despite being close to the days of Clinton, Bush, and Obama, the US-first President Trump has been in a tough position to seek fair market access from India since his inauguration. Behind this is a huge trade deficit with India. The president has criticized India for high tariffs on U.S. products such as Harley-Davidson motorcycles.
There is also a sense of vigilance against the growing India. If growth continues, India is expected to eventually overtake the US as a major economic power. In that case, the United States cannot treat India as a child forever. Last year, President Trump took steps to remove India from specialty tariffs on developing countries.
Why did you start strengthening relationships now? Mr. Trump sent a literal love call, saying, “India values freedom, personal rights, the rule of law, etc. We love you.”
Of course, there is also a measure for the November presidential election. While the Democrats are uncertain about election, they want to strengthen the support of Indian voters. And access to a huge market in India. India’s population will soon overtake China and become the best in the world. Amazon representative Jeff Bezos also visited India last year. It is embarking on a growing consumer population.
That’s not all. Trump’s true aim can be seen in the agreement reached at the summit. The United States has decided to sell $ 3 billion worth of weapons to India, including anti-submarine patrol helicopters, in view of Chinese troops booming in the Indian Ocean. It is a form that has confirmed cooperation with India for a “free and open Indo-Pacific” aiming for “free navigation”.
China is not the only one to win. Russia, the traditional trading partner of India, the world’s largest weapon importer, has been supplying fighters and aircraft carriers to India. Recently, plans to introduce Russian-made missile air defense systems are underway. To stop the monopoly of armaments provided to Russia, he will introduce state-of-the-art equipment from the United States.
Another country that conflicts with the United States is Iran. India relies on imports from the Middle East for its vital energy. India is reluctant to push for Iran, which the U.S. urges, because soaring energy prices quickly bounce back into domestic prices and directly lead to a decline in government approval. At the summit, a large deal was reached in which the United States provided energy to India.
Looking at this, it seems that Trump is not the only user of deal diplomacy that mixes diplomacy and business negotiations. At the intersection of the two triangles of India, China and Russia, India is engaged in “modern non-aligned diplomacy” that is too close to any country, and has successfully negotiated business negotiations. He calls such a prime minister that Trump is a tough negotiator. Now it’s time for the Japanese Prime Minister to visit India.
Although it wasn’t Namaste Abe four years before its first visit, the Indian Shinkansen plan, which progressed in the mood of hospitality, has not progressed well. Energy cooperation has not led to nuclear power exports. There is also the issue of recalling India to the RCEP-East Asia Regional Comprehensive Economic Partnership. Deal diplomacy with India is certain tough. 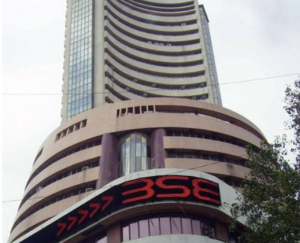 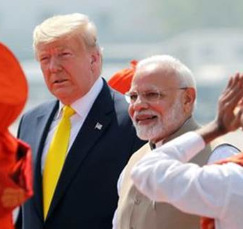